Posted on November 24, 2012 by Steve Odland
The regulatory wave that has been hidden in Washington DC awaiting the finalization of the election finally will wash over small businesses.  These are not voluntary rules.  Small businesses will need to incur significant costs just to comply but non-compliance could be even more costly. Regulation is important to democratic capitalism to level the playing field and protect consumers.  But this wave goes well beyond the role of regulation.
Posted below is an article from the Wall Street Journal published November 24, 2012 regarding the upcoming rules:

Costly rules held up for the election are about to roll over the economy.

President Obama’s hyperactive regulators went on hiatus in 2011 to get through Election Day. Now with his second term secure, they’re about to make up for lost time and then some.

The government defines “economically significant” rules as those that impose annual costs of $100 million or more, and the Bush, Clinton and Bush Administrations each ended up finalizing about 45 major rules per year. The average over Mr. Obama’s first two years was 63 but then plunged to 44 for 2011 and 2012 so far. The bureaucracies didn’t slow down. They merely postponed and built up a backlog that is about to hit the Federal Register.

We’d report the costs of the major-rule pipeline if we had current data. But the White House budget office document known as the unified agenda that reveals the regulations under development hasn’t been published since fall 2011. The delay violates multiple federal laws and executive orders that require an agenda every six months, so we thought readers might like a rough guide to the regulatory flood that is about to roll through the economy. 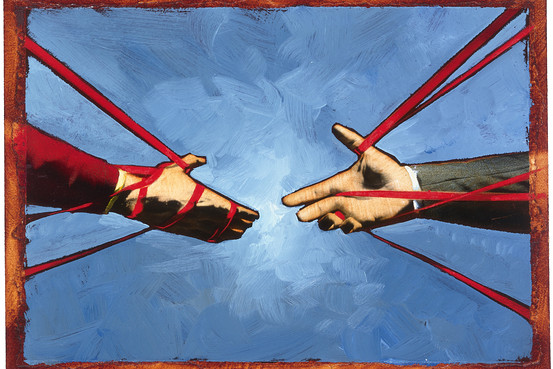 • Health care. It begins with the Affordable Care Act, which has been in hibernation because it was the largest campaign liability. Since Election Day, the Health and Human Services Department has submitted a raft of key health rules for White House review that it has been sitting on for months.

Hiding the details paid off politically but also undermined ObamaCare’s already slim prospects for success. Ahead of the law’s go-live date of October 2013, states and industries will have less than a year to prepare to meet the new mandates.

Three of the rules were released right before Thanksgiving, so insurers are only now about to learn how they’ll design and price coverage, since one new rule defines “essential benefits” they must include. Another deals with limits on how premiums can vary from person to person based on risk.

The most important void is ObamaCare’s “exchanges,” the clearinghouses where millions of individuals and small business will receive subsidized coverage. HHS hasn’t said how they must be set up and function in practice, with the exception of “guidance” documents that make vague suggestions but don’t have the force of law and are likely to be revoked. HHS is all but begging states to run the exchanges but hasn’t clarified what they’d be signing up for.

Amid opposition from most of the 30 Republican Governors, many of whom are telling the feds to run an exchange on their behalf, HHS also hasn’t laid out how this federal fallback will work. Other complex rule-makings will decide who is eligible for the exchanges, how Medicaid rules will change after the Supreme Court’s ObamaCare ruling, and the future of Medicare Advantage’s private coverage options.

• Financial services. According to a Davis-Polk analysis, only 133 or 33.4% of the 398 rule-makings the law firm estimates Dodd-Frank requires have been finalized. The law is ambiguous and other reviews suggest the figure could be closer to 500. As of November 1, some 132 rules haven’t even been proposed, while the government has failed to meet 61% (or 144) of Dodd-Frank’s legal deadlines.

Regulators are now finalizing rules on bank stress testing and capital and margin rules for the swaps markets, but there are still many costly items on the to-do list. Major uncertainty comes from the rolling exercise to determine which businesses are “systemically important,” aside from the largest banks that have already been designated as too big to fail. This review never ends.

Also on the docket is an effort to define “qualified mortgages,” which will change lending and capital standards. Elizabeth Warren’s Consumer Financial Protection Bureau, having been invested with unaccountable powers, will now decide what financial products and services are “abusive,” a political term of art with no legal meaning. Then there is the pending Volcker Rule to limit proprietary trading at big banks, whose draft ran to 298 pages and asked 1,347 questions.

• Energy. In the lead-up to November, the Environmental Protection Agency stood down under White House pressure, delaying rules for ozone air quality and industrial boilers, and deferring carbon standards. Now EPA chief Lisa Jackson has the run of the place.

She will resume the Administration’s anti-carbon agenda through “new source performance standards,” which will set greenhouse gas emissions for new power plants so low as to prevent their construction. Look for this early in 2013.

She’ll follow with standards for “existing” sources that make coal-fired plants uneconomic to run. Inside of a decade, Ms. Jackson may wipe out what used to make up more than half of U.S. power generation. Environmentalists will write books about it, even if her agenda has received almost no public scrutiny or debate.

The oil and gas industry is also targeted, hydraulic fracturing (fracking) in particular. The EPA has already issued a rule on shale production emissions and has one coming on diesel fuel in fracking. The Interior Department is promulgating rules on fracking on federal lands, and other rules can’t be far behind, probably using the pretext of drinking water under the Clean Water Act.

The EPA’s sleeper issue is the National Enforcement Initiatives agenda, which is designed to use the agency’s existing legal powers for inspections, requests for information, penalties and so forth to make new de facto rules. The EPA now blackmails businesses into “super compliance,” or settlements far more stringent than the law requires, or else risk years of expensive litigation.

• Economic potpourri. The National Labor Relations Board, the Equal Employment Opportunity Commission, the Occupational Safety and Health Administration and the Office of Federal Contract Compliance Programs are teaming up to rewrite employment, labor and workplace law. The FCC and the FTC are doing the same for the tech industry and Silicon Valley via investigations, audits and “oversight.” The Agriculture Department is going after “illegally harvested plants.” The Consumer Product Safety Commission has its eyes on . . . table saws.

Having come close to losing re-election because of a weak economy, Mr. Obama now keeps saying “our top priority has to be jobs and growth.” This new regulatory flood will increase costs and uncertainty and make that priority that much harder to achieve.