A July 2012 Ernst & Young study shows that income taxes scheduled to rise as part of the “fiscal cliff” at the start of next year will have a negative impact on small business.  You can view the entire report here:

Here are some highlights from the report:

“The confluence of fiscal policy changes scheduled to occur at the end of 2012 – sometimes referred to as the “fiscal cliff” – poses serious challenges for policy makers. One area of disagreement is the increase in tax rates for high-income taxpayers resulting in part due to the sunset of elements of the 2001 and 2003 tax cuts.  The increase in the Medicare tax and its expansion to unearned income for high-income earners under the Patient Protection and Affordable Care Act of 2010 (PPACA) further contributes to the increase in top tax rates.” 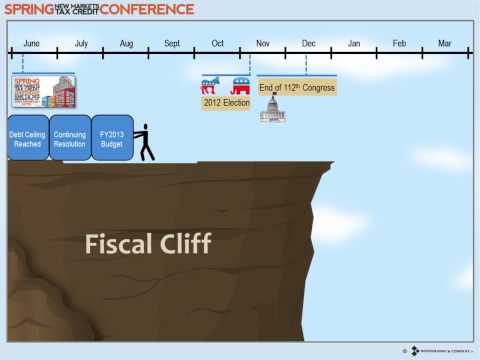 “[There are] four sets of provisions that will increase the top tax rates:

• The reinstatement of the limitation on itemized deductions for high-income taxpayers (the “Pease” provision).

• The taxation of dividends as ordinary income and at a top income tax rate of 39.6% and increase in the top tax rate applied to capital gains to 20%.

• The increase in the 2.9% Medicare tax to 3.8% for high-income taxpayers and the application of the new 3.8 percent tax on investment income including flow-through business income, interest, dividends and capital gains.”

“With the combination of these tax changes at the beginning of 2013 the top tax rate on ordinary income will rise from 35% in 2012 to 40.9%, the top tax rate on dividends will rise from 15% to 44.7% and the top tax rate on capital gains will rise from 15% to 24.7%. These higher tax rates result in a significant increase in the average marginal tax rates (AMTR) on business, wage, and investment income, as well as the marginal effective tax rate (METR) on new business investment. This report finds that the AMTR increases significantly for wages (5.0%), flow-through business income (6.4%), interest (16.5%), dividends (157.1%) and capital gains (39.3%). The METR on new business investment increases by 15.8% for the corporate sector and 15.6% for flow-through businesses. This report finds that these higher marginal tax rates result in a smaller economy, fewer jobs, less investment, and lower wages. Specifically, this report finds that the higher tax rates will have significant adverse economic effects in the long-run: lowering output, employment, investment, the capital stock, and real after-tax wages when the resulting revenue is used to finance additional government spending.”

• Capital stock and investment in the long-run would fall by 1.4% and 2.4%, respectively.

• Real after-tax wages would fall by 1.8%, reflecting a decline in workers living standards relative to what would have occurred otherwise.

These results suggest real long-run economic consequences for allowing the top two ordinary tax rates and investment tax rates to rise in 2013. This policy path can be expected to reduce long-run output, investment and net worth.”