The Jumpstart Our Business Startups, or JOBS Act, is six bills offered by different GOP lawmakers that have earned bipartisan support.

Among the measures in the JOBS Act are items to ease regulations on raising capital and organizing before the money is in hand; to enable business start-ups to pool investments from smaller contributors; to change rules on registering small bank holding companies and to allow small firms breaks on certain Securities and Exchange regulations that prevent them from going public.  The bills 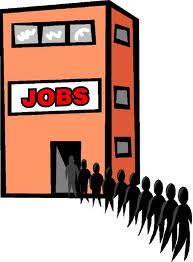 would take such steps as removing a Securities and Exchange Commission ban preventing small businesses from using advertisements to solicit investors; eliminating SEC restrictions that prevent “crowd-funding” so entrepreneurs can raise equity capital from a large pool of small investors; making it easier for small businesses to go public by increasing the threshold under which companies are exempt from SEC registration; and raising the shareholder registration requirement threshold from 500 shareholders to 1,000 shareholders.

The House is set to vote on the legislation as early as next week.