Off the Tax Cliff He Goes

Off the Tax Cliff He Goes

So the 2013 tax cliff is a big enough economic problem that President Obama now wants to postpone it for some taxpayers. But it isn’t so big that he’s willing to curb his desire to raise taxes on tens of thousands of job-creating businesses.

That’s the essence of Mr. Obama’s announcement Monday that he wants Congress to extend current tax rates for a year, but only for those making less than $200,000 a year. This is a political gambit designed to protect Democrats who are starting to feel queasy about opposing GOP plans to extend all of the Bush rates as the economy weakens again. The ploy could help Democrats if Republicans fall for it, but it won’t reduce the economic damage to the country.

By Mr. Obama’s economic logic, tax increases matter on middle-income earners but are irrelevant to everyone else. “By the way, these tax cuts for the wealthiest Americans are also the tax cuts that are least likely to promote growth,” as he put it Monday. 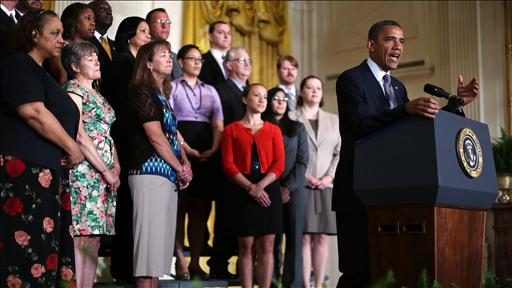 But Mr. Obama is demanding taxincreases, not tax cuts, and large increases at that. If the Bush tax rates expire as scheduled on December 31, rates on the top two income brackets will jump to 39.6% from 35%, and 36% from 33%. Add the scheduled return of income phaseouts for exemptions and deductions, and the rates go up another two-percentage points—to at least 41% and 35%.

Mr. Obama claims this will merely return rates to what “we were paying under Bill Clinton,” but that’s not true either. It ignores his ObamaCare tax increase of 0.9% on top of the current 2.9% Medicare tax, plus a new 2.9% surcharge on investment income, including interest income.

That’s an additional 3.8% surcharge on investment income, and added to the Bush expirations would take the capital gains rate to 23.8% from 15% today, and the dividend tax rate to about 45% from 15%. In Mr. Obama’s economic world, tax cuts for middle-class “consumption” are good, but low rates to spur saving and investment are bad. This makes no sense because consumption is ultimately the product of saving and investment. 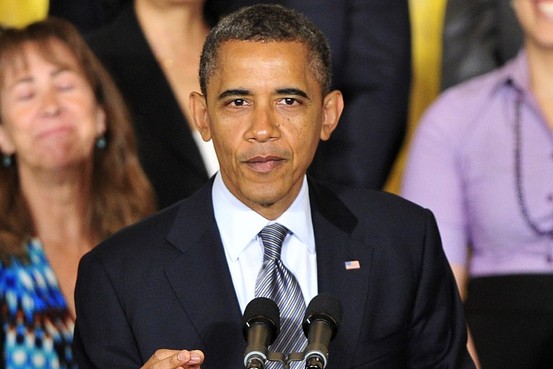 The President dismissed all of this as merely affecting 3% of small business owners. But that includes tens of thousands of the most productive, fastest-growing small businesses—those most likely to hire workers amid a national jobless rate of 8.2%.

Congress’s Joint Tax Committee—not a conservative outfit—estimates that in 2013 about 940,000 taxpayers will have enough business income to meet Mr. Obama’s tax increase threshold. And of the roughly $1.3 trillion in net business income, about 53% will get hit with the higher tax rates.

This is because millions of businesses report their income as sole proprietors and subchapter S corporations that file under the individual tax code. So Mr. Obama wants these businesses to pay higher tax rates than the giant likes of General Electric or J.P. Morgan. Does that qualify as “tax fairness”?

As for the impact on growth, even Keynesian theory holds that raising taxes should be avoided in a weak economy. That’s the argument that Mr. Obama used in late 2010 when he agreed with Republicans to extend the Bush rates through the end of 2012.

His assumption then was that the economy would be stronger now, but today we are in the third slow-growth patch in three years. Businesses are sitting on their wallets as they wait out the tax, regulatory and election uncertainty. Mr. Obama’s tax gambit will only increase that uncertainty and further retard investment and job creation.

We also know from experience that high earners are most able to move their money to avoid high tax rates. If they don’t have tax shelters at home, they can find opportunities abroad. Mr. Obama is running ads accusing Mitt Romney of sending jobs offshore, but the best way to send capital and jobs overseas is to raise U.S. tax rates to levels that aren’t competitive with the rest of the world.

Mr. Obama tacitly admits this when he talks about corporate tax reform, but raising tax rates merely increases the incentive for Congress to create more tax shelters. Mr. Obama promised Monday that if Republicans accept his proposal now, they can all come together on tax reform next year. But he knows that if tax rates rise, the Beltway’s revenue “scoring” conventions will make it that much harder to cut rates again as part of tax reform. In any event, he showed the value of his promises during his 2011 backroom budget charade with Speaker John Boehner.

The good news Monday is that Republicans in Congress and Mr. Romney seemed disinclined to take this class-war bait. Perhaps they realize that if they agree to raise some taxes but not others, they’ll dispirit their own base and hurt the economy. They can also put Senate Democrats on the spot by forcing them to choose between extending rates for everyone and accepting Mr. Obama’s tax increase. Republicans can win this debate by stressing growth over fairness and jobs over income redistribution.