There has been a huge debate recently about the job situation in the private sector.  The solution embraced over the last couple years has been temporary tax incentives and temporary Federal Reserve actions.  The extension of the “Bush Tax Cuts,” the temporary lowering of Fed Funds Rate to virtually zero, the payroll tax holiday, etc. all have been deployed to stimulate the economy to produce jobs.  There is great surprise and hand wringing that these tactics have not been more stimulative.  And the logical question is “why?” 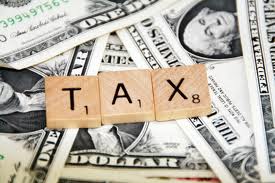 Why?  Because businesses need certainty.  Despite popular notions that all companies are short-term focused, businesses of all sizes plan for the long run.  Company leaders do not have an end date for operations and hence plan and run their businesses as if they will operate in perpetuity.  Therefore, no short-term actions to stimulate behavior will produce long-term actions on the part of business leaders.  A temporary payroll tax cut is nice, but no business will add jobs when the incentive is scheduled to disappear in a matter of months.  Business leaders instead pocket the savings and add the cash to their balance sheets as an insurance policy against the possible negative impact of the expiration of the cuts.  So the short-term nature of the tactic creates exactly the opposite impact on business thinking.

This thinking also applies to the “Bush Tax Cuts.”  The cuts went into place in 2003, and included a provision to expire at the end of 2010.  From the beginning, businesses knew that this was a seven-year incentive and so all decisions related to the 4.5% marginal tax rate benefit were modeled for that period.  The economy did well after the tax cuts and up until the mortgage/banking crisis of 2008.  But even without the crisis businesses would have begun around 2008 to take actions as if the tax rate was going to increase.  The “Bush Tax Cut” was extended for two years in December of 2010.  So, just as businesses had taken every action, short-term and long-term, to model the higher tax rates into their decisions, the rates were extended for two years.  The result?  Businesses ignored them and took all actions assuming the rate was going to be higher.  Net, no stimulative result was achieved for 2011.

Why would businesses make decisions as if they are impacted by personal income tax rates?  Because many large businesses depend on consumer spending for their revenue and consumer spending is directly related to the cash that is left over after taxes.  Small businesses that are organized as S corporations, LLC’s, or LLP’s actually have flow through income to their personal tax return and so their tax rates are the personal tax rates.  Hence, the “raise taxes on rich people” argument is risky since a huge percentage of “rich people” actually are small businesses.

Net, businesses logically plan and act consistent with long-term macro environment assumptions.  Tax rates are an essential part of that environment and directly impact that planning and therefore investment and job creation.  Temporary incentives or any incentive with an expiration date will have limited to no impact on long-term business planning.  Therefore, the only way to stimulate job creation is with permanent tax structures.