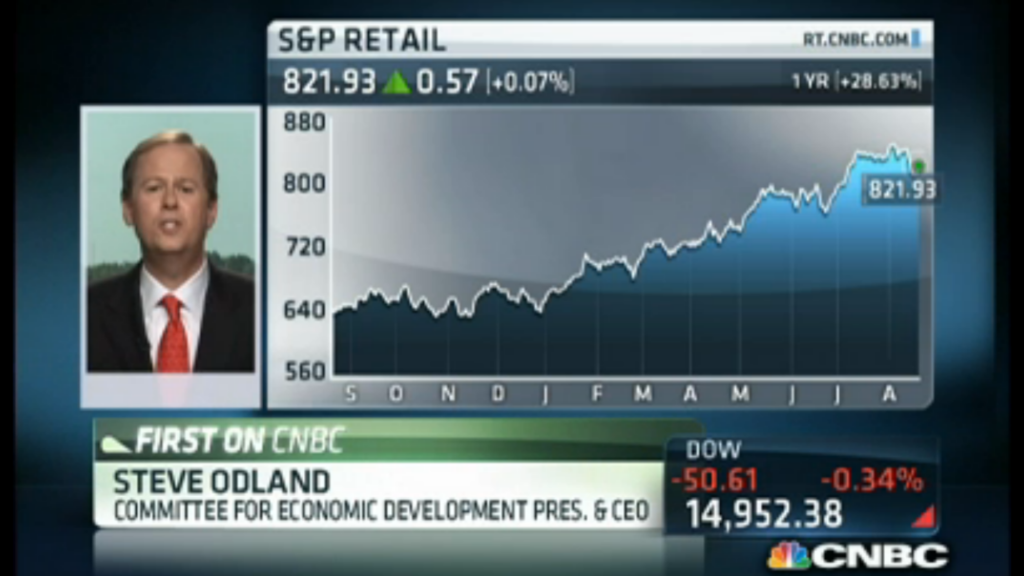 On August 21, 2013 I appeared on CNBC Squawk on the Street to argue that the U.S. economy is in a no growth period and desperately needs job growth as demonstrated by the struggles of the office products industry.  The economy crashed in 2008 and has not recovered since.  Job growth barely is keeping up with population growth and 77% of new jobs this year are low paying part-time positions.  Businesses are not investing to create jobs due to increased government regulation, escalating costs from the “Affordable” Care Act, and uncertainty about tax and regulatory policy.