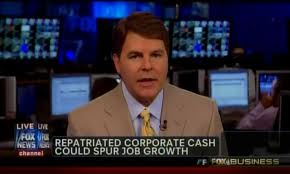 That brings me to a “big business” issue that is inhibiting small business job growth.  Currently, about $1.5T of corporate cash is “trapped” overseas in subsidiaries of U.S. multinationals.  This is because these companies have earned this money and paid taxes on it in other countries.  Repatriation to the U.S. would incur another taxable event and hence it is more profitable for these companies to use this cash to invest in job creation outside the U.S. than to bring it back and lose a third of it.  U.S. corporate tax law needs to be reformed to lower the second highest rates in the world and make us more competitive.  But meanwhile, a tax holiday on repatriation would create an opportunity to bring this cash back now. If the average cost of a created job is $50k and if all of the cash came back and was invested to support U.S. job creation, a repatriation tax holiday could theoretically create upwards to 30M jobs.  According to the Bureau of Labor Statistics (http://www.bls.gov/web/empsit/cpseea03.htm) there are about 14M unemployed people in the U.S.  If only part of the repatriated cash went to investment, job creation by companies large and small easily could significantly diminish the level of unemployment in this country.

Opponents argue that rather than hiring people companies may use the cash for other things like improving liquidity, payouts to shareholders, or reducing debt.  Even if some cash is used for these very sound strategies it should put the economy on a stronger footing and allow more confidence for job creation. I would rather see guidelines created around use of the repatriated cash rather than continuing to incentivize companies to create jobs elsewhere.

Small businesses need to support their large business customers and argue for a cash repatriation holiday.