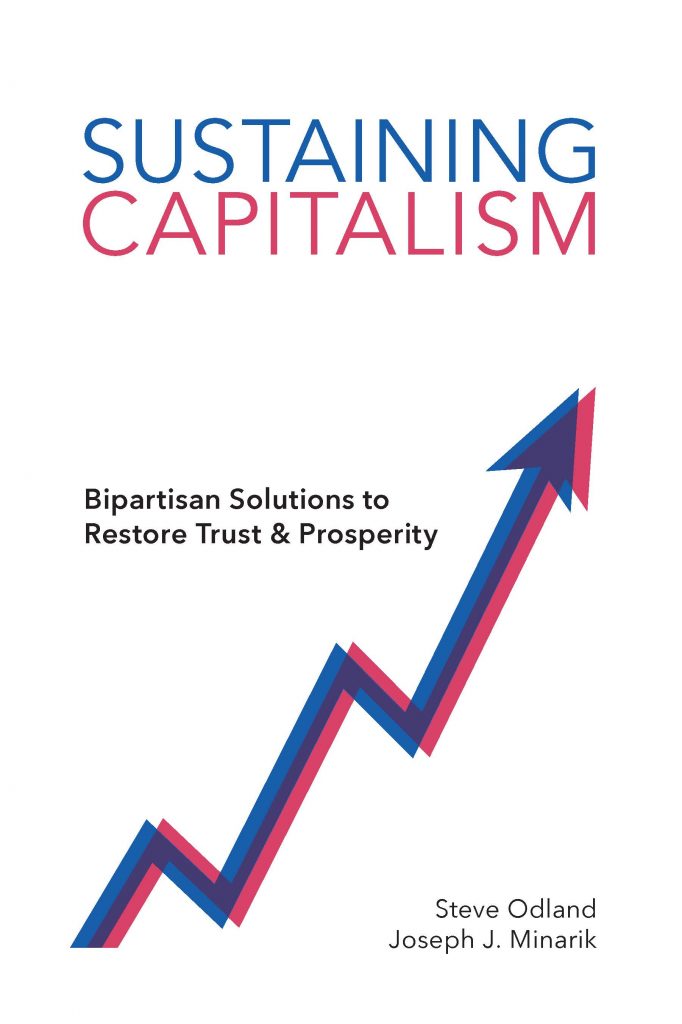 In the wake of the financial disruptions of the last decade, most notably here in the United States but also in many other developed and developing free-enterprise economies, the most basic optimistic assumptions and attitudes about growth and prosperity have eroded. Today’s economy and society are reminiscent of the United States in the 1930s when fear begat fear, and the economy remained stagnant until the onset of World War II shocked it to life. People talked then of a “crisis of capitalism,” and believed that the booming wartime economy could fall right back into the Great Depression when the war ended.

And that is where we, the Committee for Economic Development (CED), enter this story. This book takes its inspiration from CED’s founding in 1942, when a small circle of U.S. business leaders gathered to identify solutions that would restore order to a global economy. Similarly, it was in response to a more recent crisis in American capitalism, following the financial downturn of 2008, that CED launched a multi-year research project on sustainable capitalism. This book, designed for business leaders and policymakers, is the culmination of those research efforts. Its publication appropriately coincides with the 75th anniversary of CED.

We at CED see an urgent need for revisions in both business practices and public policy if our economic system is to reestablish consistent economic growth and regain the trust of the American public. We write this book as our contribution toward resuming respectful dialog among what have become disparate and distrustful public factions. And we hope to convince our fellow business leaders that we need to engage the entire business community in public dialog and dedication to private best business practices. In the chapters that follow, we remind our readers of why the free enterprise system has earned—and deserves—its reputation as the preeminent form of economic organization, respond to what we believe are inaccurate accusations toward that system, and focus on remedies to legitimate concerns.

The analyses and recommendations presented in this book, aligned with other activities the CED is undertaking in connection with its 75th anniversary, underscore our fervent belief in the free-market economic system—our nation’s brand of capitalism, which has brought wealth and higher living standards to the United States and countries throughout the world. We see no more important task than to pursue CED’s ideals: long-term economic growth; efficient fiscal and regulatory policy; competitive and open markets; a globally competitive workforce; equal economic opportunity; and nonpartisanship in the nation’s interest. In short, we seek to make American capitalism sustainable, and to unite Americans of differing persuasions behind the core principle that the U.S. free-market economic system can be made to work for all of us.

Although the term “sustainable” has environmental connotations today, we use the word in its more traditional business sense, meaning long-term successful duration. We do not directly address environmental sustainability in this volume.

This entry was posted in Capitalism and tagged capitalism, Steve Odland, sustaining capitalism. Bookmark the permalink.